An Insight into How Globalists Think Courtesy of the Trilateral Commission 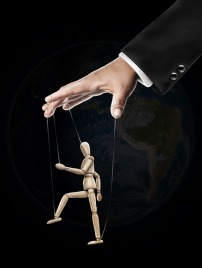 When the term ‘globalist‘ is used by alternative analysts, it usually encourages the mainstream press to denounce it as an anti-semitic trope which is concentrated on the belief that a select group of Jewish persuasion – dubbed ‘the elite‘ – control the world from the shadows. Failing that, the media will pigeonhole it as an abstract expression that has no defined definition.

The truth is that the reason the media does not want to engage with the concept of globalism is precisely because it can be defined to both institutions and the individuals that inhabit them.

To illustrate this, let’s use the Trilateral Commission as a specific example.

I last wrote about the Trilateral Commission in February when I discussed how the organisation was in the process of reforming itself. Back in the summer of 2019, they published a brochure called ‘Democracies Under Stress: Recreating the Trilateral Commission to Revitalize Our Democracies to Uphold the Rules-Based International Order‘. Within the brochure they spoke about ‘rediscovering their roots‘, ‘sharpening‘ their mission, and the need for ‘rejuvenating‘ their membership. All of this was predicated on a goal of upholding the ‘rules based global order‘ and meeting the ‘challenges‘ of the 21st century.

It was around this time that the Trilateral Commission held its 2019 Plenary Meeting in Paris in the middle of June. During this event the North American Chairman of the Commission, Meghan O’Sullivan (who is also on the board of the Council on Foreign Relations), spent a few minutes talking about the institution and the role it intends to play from here on in.

Here is a direct quote from O’Sullivan’s monologue, which can be viewed on the Trilateral Commission’s Youtube channel:

We’re an organisation of people who have close ties to national governments, and often the ideas we debate in private inform our own perspectives and inform our discussions and deliberations and conversations with people in positions of power. That will still be true, but today we need to think about having an impact on the broader debate. We no longer live in a world where governments are the only ones that can influence the future. In fact, increasingly, we have to think about other entities as being the real engines of change, and be that corporations or universities or even individuals. We need to think about how to shape the conversation, how to bring those groups in, to have investment in and commitment to solutions.

And we need to move ahead, whether or not we’re able to get our governments to agree with our prescriptions and recommendations.

This is in concurrence with what the United Nations Secretary General Antonio Guterres said at the World Economic Forum in January 2020. When talking about his belief that global problems must be met with global solutions, Guterres commented:

Sometimes we manage, sometimes we fail, but one thing you can be absolutely sure – we will not sit quietly expecting a consensus of the international community to solve the problems we have been discussing.

The implication of O’Sullivan’s and Guterres’s words primarily suggest one thing, and that is that the organisations they represent are not going to wait forever for national legislatures to implement solutions for global crises. What they appear to be saying is that if governments cannot be galvanised into action by ratifying into law initiatives like the United Nations’ Sustainable Development Goals (also known as ‘The Green New Deal‘), then the only other option is to set about doing it ourselves.

O’Sullivan muses that governments are no longer the only bodies that can ‘influence the future‘, and now is the moment where consideration must be given to ‘other entities as being the real engines of change‘. According to her this could be a mix of corporations, universities and individuals.

For starters, corporations and universities are not accountable to the electorate. But institutions like the Trilateral Commission are heavily populated by figureheads from multi nationals and the education sector.

Behind the scenes they are helping to formulate policies with the aim of them being carried through to national administrations for implementation. For an overview of how the Commission operates, I would recommend reading a copy of ‘Trilaterals Over Washington‘, a two volume book written in the late 1970s by researchers Antony Sutton and Patrick Wood. Here, the authors describe the composition of the commission and break down the power structure into three parts: The Operators, The Propagandists and Technicians, and the Power Holders. I briefly described each process in an article published back in 2018 (Order Out of Chaos: A Look at the Trilateral Commission).

O’Sullivan clearly states that the Trilateral Commission has ‘close ties‘ to national governments, and that private debate within the Commission is informing their own perspectives as well as informing ‘our discussions and deliberations and conversations with people in positions of power‘. This will continue, but it is no longer enough. Now they want to start having a bigger impact on the ‘broader debate‘.

By ‘broader debate‘, I would argue that O’Sullivan means you and I. The next logical step if you are the Trilateral Commission is to try and gain majority consent on the reforms they want to see enacted.

How can they begin to do that? Let’s be clear that membership of the Commission is not permitted for politicians who are in government. When co-founder of the institution Zbigniew Brzezinski entered Jimmy Carter’s administration in 1977, he renounced his direct affiliation with the Commission. But that did not mean Brzezinski was no longer in broad agreement with the objectives of the group. Indeed, after Brzezinski left official office, he returned to the folds of the Commission.

As I have pointed out before, the current leader of the opposition Labour Party in the UK, Keir Starmer, is an active member according to the June 2020 membership roster. This is a fact that is not mentioned on Starmer’s own website, his official parliamentary web page or in the national media.

When he was campaigning to be Labour leader in February 2020, Starmer’s connection to the Commission was kept suppressed. Evidence of this came in mid February when his campaign team was forced to deny that they had illegally accessed Labour party membership data. The matter was raised on a live BBC leadership debate show hosted by Victoria Derbyshire, where one member of the studio audience suggested that the reason Starmer was not facing an official investigation was because of his membership of the Trilateral Commission. Starmer very quickly brushed off the claim, and Derbyshire just as quickly moved on to another member of the audience.

This was an ideal opportunity to question Starmer on his involvement in the Commission – to ask what it is and how it may or may not influence his political beliefs and motivations. Instead, the BBC chose to ignore the issue.

Starmer may be in opposition, but his membership is relevant because the Commission is informing debate and is seeking to influence national administrations to adopt globally devised initiatives. Starmer is part of that process.

And it should be stressed again – out of 650 members of parliament, Starmer is the only one who was invited into the Commission (membership is by invitation only). Perhaps this is because of his legal prowess, as from 2008 to 2013 he was the Director of Public Prosecutions, the third most senior prosecutor for England and Wales.

Should Starmer ever make it as far as Prime Minister, he will vacate his position at the Trilateral Commission. What he likely won’t relinquish is his loyalty to the Trilateral cause.

At this point, a fair question to ask is what authority does the Trilateral Commission possess that allows them to believe that they could bypass national governments in pursuit of global objectives? After all, this is a commission that is not elected but has within its ranks men and women who are elected at the national level. It is a commission that is dominated by corporate interests and is privately funded. At a special event in 1998 to mark 25 years of the Trilateral Commission, a list of financial supporters from 1973 to 1998 was published to show names such as Exxon Corporation, AT&T Foundation, The Coca-Cola Company, The First National Bank of Chicago, Morgan Stanley & Co and Goldman Sachs. A list for the present day is not readily available.

From analysing the Commission’s communications, my concern is that the language has now shifted from an emphasis on national administrations to implement reforms to the global institutions seeking to do it themselves. This is global governance in all but name.

With the onset of Covid-19, the rhetoric has intensified substantially on the necessity for governments to rally behind initiatives like the Sustainable Development Goals and enforce them into national law. And if they don’t? Well, we will seek to do it without you is the message. As Meghan O’Sullivan admits, ‘we need to move ahead, whether or not we’re able to get our governments to agree with our prescriptions and recommendations.‘