The Trilateral Commission: Using Crisis as an Opportunity to Reform 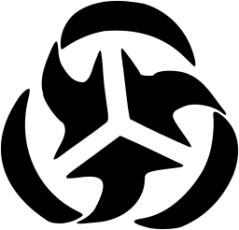 A couple of years ago I posted an article that gave a brief overview of the Trilateral Commission, quoting directly from numerous former members of the institution and how their overarching goal was for the integration of nation states at the expense of self determination.

It was in the article where I argued that the prevailing model for globalists dating back to at least the First World War has been to use crisis as an opportunity, first by instigating periods of chaos before presenting themselves as the order to the ensuing turmoil. Four of the world’s largest global institutions – The Bank for International Settlements, the International Monetary Fund, the World Bank and the United Nations – were founded on this principle. Without a series of crises there would have been no rationale for them to exist.

A trend over the past few years has been how in the midst of geopolitical conflict global bodies and world leaders have called for the likes of the European Union and the World Trade Organisation to undergo substantial reforms in the wake of a rise in political nationalism and protectionism. The push for reform has been largely justified on the grounds that the international ‘rules based global order‘ – brought to be out of the ruins of World War II – is under threat, and all as a direct consequence of the growth in anti-globalisation movements that are often characterised as ‘populism‘.

So if global institutions want to broaden their level of power through deeper centralisation, where exactly does the Trilateral Commission fit into that? Earlier this month I happened by chance on a blog called ‘Dorset Eye‘, which launched in 2012 and describes itself as ‘an online citizen media magazine in which local, national and international members of the public have their voices heard‘.

Edit: Since publication of this article I discovered that a link to the PDF file in question is located on the North American Region page of the Trilateral Commission website.

Before we look at some of detail contained within the brochure, it should be noted that its publication came two years after the deaths in 2017 of the Trilateral Commission’s two founding members – David Rockefeller and Zbigniew Brzezinski. It also followed the death of Peter Sutherland, who was the European Chairman of the Commission from 2001 to 2010 and also the former chairman of Goldman Sachs. In particular, with Rockefeller and Brzezinski now deceased, the Trilateral Commission now sees a need to ‘recreate‘ itself and carry on the work of it’s founding father’s.

In the executive summary of the brochure, the Commission remarks how ‘the global order that seemed so invincible at the end of the Cold War is now in doubt‘:

Whether the world proves able to tackle the most urgent problems facing mankind today will in part depend on the ability of advanced democracies to overcome their current malaise and work together as they have in past decades.

A forty-five year old organization, the Trilateral Commission is recreating itself to be a leader and an indispensable resource in this effort.

They talk of ‘rediscovering their roots‘, ‘sharpening‘ their mission, and the need for ‘rejuvenating‘ their membership – all under the pretext of overcoming the challenges of the 21st century and to ‘uphold the rules-based international order.’

One of the main challenges, according to the Commission, is that whilst ‘the drive toward deeper integration and greater globalization seemed irreversible until just a few years ago‘, the ‘unintended consequences of these trends— from inequality to cultural alienation—have fueled new forms of discontent, spurring a rise in populism and nationalism in the most advanced economies and democracies in the world.’

The Commission opens themselves up as a solution by stating that ‘today’s institutions—both global and domestic—seem ill-equipped to face these trends down and ensure the maintenance of the rules-based international order.’

They mention how the rise in populism and nationalism has caused nations around the world to become ‘compromised by internal divisions and governed by institutions that are no longer well-suited to the realities of the day.’

As you would expect, the Commission has a plan for meeting these challenges. Firstly, it will require the democracies of North America, Europe and Asia to be ‘revitalized‘, and for the purging of ‘authoritarian regimes gaining confidence and establishing themselves more firmly on the global stage.’ Secondly, for this ‘democratic renewal‘ to be achievable, it will ‘require new voices and thinking from all segments of these societies.’

One potential avenue for ‘renewal‘ is the adoption at national levels of the UN devised Green New Deal, championed heavily in the United States by Alexandria Ocasio-Cortez. Come the 2024 election, she will be eligible at thirty five years old to run for the presidency.

But seemingly, the Trilateral Commission’s drive to begin reforms is more immediate than four years into the future. Amidst supposed authoritarian regimes and the breakdown of the international order, they believe themselves to be ideally placed to deal with ‘global ills‘:

The Trilateral Commission is well-poised to play a vital role in this revitalization
effort, and seeks to once again become an analytical home for assessing the stresses
on the advanced democracies, offering solutions for dealing with them, and catalyzing cooperation among these countries on global economic, political, and security matters.

As noted in the brochure, one of the purposes of creating the Trilateral Commission back in 1973 was to ‘buttress a beleaguered trading order.’ When considering the rise in political protectionism, trade is at the forefront of the discussion. As well as the future trading relationship between the UK and the EU, and the ongoing trade conflict between the U.S. and China, there is now the added element of the Coronavirus which threatens to restrict global supply chains. Taken together, it is a melting pot of developing crises.

Not surprisingly, the Commission considers itself ‘uniquely well-suited to address the many challenges that are common to advanced democracies and to spur greater cooperation across them‘:

It is the only organization to bring all the affected countries together in this trilateral structure, positioning it well to connect experts, institutions, and other entities to diagnose what is straining these democracies and to prescribe steps to shore them up.

By coincidence or otherwise, in detailing how the international structure of the Commission is capable of meeting ‘pressing global problems‘, one of the examples given for this is in dealing with pandemics. Nuclear proliferation, climate change and protectionism are also recognised as problems.

As I have written about previously, the roots of the Commission stem from the field of banking. Founder David Rockefeller used to be the chairman of Chase Manhattan bank, and at one time eight members of the board at Chase were members of Rockefeller’s Commission. A look at the membership list for 2020 shows that the Commission remains largely populated by corporate interests within the banking, oil and media sectors. You will also find as part of the membership former Prime Ministers and members of national parliaments. In the UK one of the most notable examples is Keir Starmer, who is currently running to be the next leader of the Labour Party. Michael Bloomberg, who is running to be the Democrat candidate in the U.S. election, is also a member.

What began as an elitist organisation remains so today given that is remains dominated by the CEO’s, chairmen and representatives of the some of the biggest corporations and political jurisdictions on the planet.

At a special event in 1998 to mark 25 years of the Trilateral Commission, a list of financial supporters from 1973 to 1998 was published to show names such as Exxon Corporation, AT&T Foundation, The Coca-Cola Company, The First National Bank of Chicago, Morgan Stanley & Co and Goldman Sachs. A list for the present day is not readily available.

Putting that to one side, in devising a ‘new, more focused mission‘, the Trilateral Commission has identified a handful of themes in which it plans to return to regularly. One of these is populism. If the Commission are signalling that populism will be a leading theme of theirs going forward, it suggests that the resurgence in nationalism and protectionism still has some way to run. When you read between the lines they are anticipating that the ramifications of populism will see the fracturing of the international based order, and so will require the rejuvenation of global bodies e.g. greater centralisation of powers, to deal with.

Another interesting statement made by the Commission is that they are ‘also identifying issues that can be advanced by its mix of policy and business leaders and do not necessarily require the adoption by national governments to have an impact.’ Tied into the whole narrative of the breakdown of the ‘rules based global order‘ is how national administrations risk becoming impotent in meeting international challenges. This passage may be suggesting that in the future the traditional model of government legislation – often maligned for not being decisive or willing enough to combat issues such as climate change – could be bypassed in favour of global governance. A world where corporate interests in step with reformed global institutions become in effect an international legislature.

This theory is perhaps further reinforced when the Commission states that they will now ‘focus on tending to the strains that compromise the abilities of today’s advanced democracies to collectively tackle global dilemmas.’ It is my belief that without these ‘strains‘, the Commission does not have sufficient grounds to be able to justify advancing their sphere of influence.

The brochure leaves us in no doubt that the Commission is ‘remaking itself‘. One of the ways it wants to do this is through ‘injecting new, innovative prescriptions into the national
debate and governmental process‘ to achieve ‘better domestic and foreign policy
outcomes.’

With numerous global media outlets represented on the Commission, along with significant corporate interests, they appear well placed to begin fashioning these ‘prescriptions‘ and directing future public discourse through the mediums of the national press and social media. After all, within the membership are journalists from the UK, Europe and the U.S., a link that makes disseminating information from the Trilateral level down to the general population a much easier task.

This will not be the last example we learn about of global institutions seeking wide scale reforms amidst rising geopolitical instability. The greater level of chaos that is inflicted upon nation states will only strengthen the hand of the Trilateral Commission and others to supersede national sovereignty in favour of globally devised solutions.