Why Dismissing Globalist Warnings as ‘Project Fear’ May Prove a Mistake 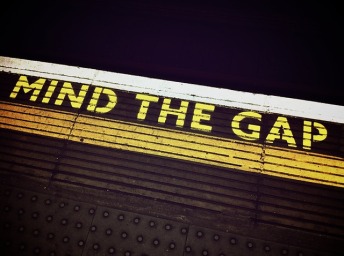 In film and literature, the majority of stories feature a customary villain, either in a singular or collective sense. Someone or something that we can pour scorn on as the hero flounders in the face of increasingly insurmountable odds.

Whilst the hero invariably wins out in the world of fantasy, in reality the spoils often fall on the side of the miscreants. A discomforting fact is that throughout history a large proportion of these spoils have been claimed through the use of deception and outright conspiracy.

Authors such as Antony Sutton – who penned several books exposing the engineered conflict behind the Bolshevik Revolution and the rise of Adolf Hitler and Nazism – have presented irrefutable evidence detailing how world events can and are manipulated for the benefit of financial elites using what is known as the Hegelian Dialectic. This is where you create a thesis, pitch it against an antithesis, and use the ensuing conflict to engineer a synthesis that brings about significant but desired changes within society.

As I have written about previously, out of conflict generally comes the consolidation of power that works to the benefit of major global institutions like the International Monetary Fund and the Bank for International Settlements. They, along with the World Bank, the League of Nations, the United Nations and the makings of the European Union, were all conceived as a direct consequence of global conflict.

For globalists, chaos breeds opportunity. Historically, they have required crisis scenarios in order to both advance their goals and position themselves as the solution to instability.

We can find evidence for this from the IMF and it’s current head Christine Lagarde. In February 2010, Lagarde (who at the time was France’s Minister of Finance) was interviewed by The Globe and Mail and asked about the fall-out from the financial crisis of 2008:

I think that out of crisis, there are major difficulties and misery, but there are also opportunities, and now is the time, actually, post-crisis, after we mended the system so that it did not completely collapse, now is the time to give it a good thought, and a collective thought.

A month later, the IMF published a survey – the title of which left nothing to the imagination: ‘Crisis is Opportunity for Deeper, Faster Integration‘. Dominique Strauss-Kahn, who was replaced by Christine Lagarde as managing director of the IMF in 2011, said:

The crisis shows when the weather is quiet, existing institutions work well enough. But when you have a storm, then weaknesses of this institution appear clearly. And better coordination and stronger coordination in economic policy in my view is absolutely needed.

When you build a single currency, the natural step that follows should be a coordinated economic policy. Beyond monetary policy, Europeans must give themselves the means to manage economic policy.

Yet there exists a common place theory – perpetuated throughout alternative media and by proponents of liberty – that globalists will always seek to curtail attempts by the citizenry to jeopardise the ‘rules based global order‘ established out of the second world war. The belief is that any movement which on the surface rails against the centralisation of power will be sabotaged to the point of it’s inevitable defeat.

To challenge this theory, let’s look at what has become the latest fashionable meme to permeate the British mainstream – ‘Project Fear‘.

First used in the run up to the Scottish independence vote in 2014, ‘Project Fear‘ is a term that grew in prominence during the EU referendum campaign back in 2016. Today, it is wheeled out every time a warning is issued in regards to the potential for a ‘no deal Brexit. When those within the central banking fraternity (namely Bank of England governor Mark Carney and IMF head Christine Lagarde) speak out against no deal, it is interpreted as an attempt to first undermine Brexit, and secondly, seek to have the original referendum result overturned and keep the EU architecture intact.

In other words, we are encouraged to believe that they are striving to preserve the international order and that Brexit is incompatible with that ambition. What is not countenanced is the possibility of globalists using mechanisms such as a resurgence in nationalism to their advantage.

As demonstrated in previous articles, the economic ramifications from the first referendum resulted in a sustained depreciation of sterling that led to a rise in inflation. In response, the Bank of England have raised interest rates twice under the banner of stemming inflationary pressures. These rate hikes were not an isolated act. Elsewhere, the Federal Reserve and the Bank of Canada have also been raising rates, as have countries in emerging markets.

The trend of monetary accommodation has now shifted to monetary tightening, in the face of growing geopolitical and economic instability.

The first indication that this shift was coming occurred at the World Economic Forum at Davos in 2014, when Christine Lagarde mapped out what she described as a necessary ‘reset‘ of global monetary policies. This is an area I discussed in detail in my last article, ‘Monetary Policy ‘Reset’: From Rhetoric to Actuality‘.

Consider this: 2008 became a crisis of the global financial system. Interest rates were subsequently cut to near 0% across the West. Stimulus programmes were devised in the form of quantitative easing to re-liquidate markets and keep failing institutions afloat. In the years following, inflation rose above the mandated central bank target of 2%. This was tolerated indefinitely as Central banks continued to inject more money into the system amidst rising inflation. What we witnessed were actions to backstop the system, and to reinforce that backstop with the issuance of cheap money. With the debt bubble re-inflated, the illusion of economic recovery began to gain momentum.

Eleven years later in 2019, what we are being presented with are a series of politically led crises. Inflation has crept above target, which is no longer being tolerated in the same manner as before. Interest rates are rising, stimulus measures are either being cut or reversed. These are actions that unlike in 2018 do not serve to reinforce the financial system. At a time of record levels of consumer and corporate debt, intermixed with the aforementioned rise in nationalism / protectionism, monetary policy continues to tighten. Read communications emanating from the Bank of England and you will see that unlike several years ago, inflation mandates now matter again. This has created the perception of Brexit being the cause of a rise in interest rates.

The plan as far back as 2014 was to eventually reach a point where monetary accommodation could be reversed. The geopolitical conditions over the past three years have created a pathway for this to happen. Brexit has enabled the Bank of England to play their role in tightening policy. Prior to that the BOE had no discernible route in which to do so, not without inviting excess scrutiny and inquisition onto themselves.

Monetary policy is an essential tool in the creation of boom and bust cycles. At each stage of these cycles central banks covertly gain more control over the financial system. In 2008 they went all in and became the custodian of markets. Today they are retreating, which soon will precipitate an economic collapse. How they will benefit from this is through tighter regulations and reformulated policies administered from the global level, and the advancement of the long held plan for the gradual implementation of central bank issued digital currency.

This is why I would contest that the purpose behind ‘project fear‘ is not to prevent a no deal Brexit. When Mark Carney affirms that a consequence of no deal will be further devaluation of the pound and heightened inflation, these are prime conditions for the BOE to continue tightening.

I look upon ‘project fear‘ as the BOE and the IMF telegraphing what is most likely to happen. It is my belief that a second referendum will take place in 2019, perhaps around the time when the Bank for International Settlements are due to hold their annual conference in June. I also think the referendum would give the electorate the option of voting for a ‘hard‘ Brexit.

But as the furore over Brexit grinds on, the venue from which Christine Lagarde launched the IMF’s plans for a ‘reset‘ in 2014 are preparing to gather again in January. The theme for the 2019 World Economic Forum is, ‘Globalization 4.0: Shaping a New Architecture in the Age of the Fourth Industrial Revolution.’ The Fourth Industrial Revolution (4IR) is a subject I wrote about last year where I argued the case for it being mission creep towards a new world order that encompassed virtually all elements of society.

Our systems of health, transportation, communication, production, distribution, and energy – just to name a few – will be completely transformed.

Blockchain and distributed ledger technology, both of which are fundamental in the drive towards digital currency, are also part of the 4IR vision.

It was in December 2015 that Schwab first outlined the concept of 4IR in an article posted by Foreign Affairs (which is published by the Council on Foreign Relations). 4IR became the leading theme at Davos in 2016. Three years later and it is once again central to the WEF’s agenda.

It should be noted that whilst Schwab and other globalist figureheads talk of transforming society, they admit that the scale of change brought about through 4IR will cause ‘disruptions‘. It could be argued that these ‘disruptions‘ – most notably on a geopolitical level –  present a timely distraction for the incremental adoption of the main planks of 4IR.

Discussing ‘Globalization 4.0‘, Schwab speaks of a necessity for the ‘international community‘ to band together in order to ‘build a shared future‘. Schwab cites the present day as an ‘era of widespread insecurity and frustration‘, which he subsequently blames for a rise in populism. That is the same populism through which the ‘reset‘ of the financial system is being administered.

As globalists gradually make steps towards their goals, they sometimes become a touch more forthright in their communications. Schwab is no different in this respect:

Clinging to an outdated mindset and tinkering with our existing processes and institutions will not do. Rather, we need to redesign them from the ground up, so that we can capitalize on the new opportunities that await us.

Ready or not, a new world is upon us.

Be in no doubt that globalists are now openly agitating for major reform off the back of intensified geopolitical disorder. From a monetary perspective, I would encourage readers to be wary of the IMF’s impending ‘15th General Review of quotas‘, which they say must be completed by the time of the institution’s annual meetings in October this year. At the 14th general review, finalised nine years ago, the IMF’s quotas (measured in SDR’s) doubled in size in the aftermath of 2008.

Quite what economic conditions will be by the end of 2019 is unknown, but a significant deterioration from where we are now will allow the IMF the opportunity to use the 15th review to strengthen the role of the SDR via an increase in quotas.

The review also presents the IMF with the opportunity to ‘realign‘ quota shares, meaning a likelihood that the Chinese Renminbi will see its allocation increased at the expense of the U.S. dollar.