Don’t be Deceived! The Bank of England Stand at the Heart of the Brexit Process 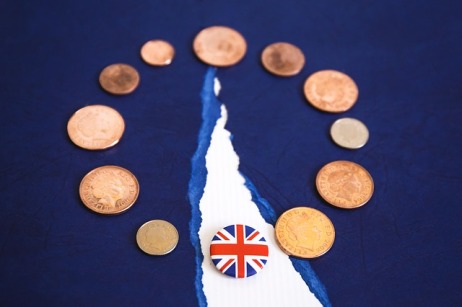 Despite the power that globalist institutions yield, relatively little is said about them in the public domain. For instance, when stories regarding central banks breach the mainstream, they quickly fall out of the news cycle in favour of increasingly elaborate political theatre.

A case in point was last week’s release of the Bank of England’s EU Withdrawal Scenarios, which after less than a day’s coverage disappeared from the main headlines in both television and print media. Instead, the G20 meeting of world leaders, the continuing political recriminations over Brexit and ‘Russiagate‘ served as adequate distractions from the central bank.

It is an all too common occurrence. Whereas communications from the BOE swiftly fade from people’s consciousness, news items like the faux attempt by elements of the Conservative Party to unseat Theresa May as Prime Minister tend to spill over into days worth of repetitious debate and analysis.

The fact that the Bank of England are spared sustained media inquisition in favour of perpetual geopolitical stirrings is for them ideal.

In recent weeks the bank have taken it upon themselves to try and convince people that their role in the UK’s withdrawal from the EU is minimal. Governor Mark Carney remarked at a Treasury Select Committee hearing on November 20th that in terms of a possible no deal exit from the EU and the implications for monetary policy, central banks ‘have a role, but we’re more of a side show.’

The bank’s deputy governor for monetary policy, Ben Broadbent, reinforced Carney’s message during a press conference in which the bank delivered its withdrawal scenarios. Here, Broadbent was discussing the reasons behind why interest rates would likely rise following a no deal.

Monetary policy is essentially a side show, and it acts mechanically to balance any difference in demand and supply and deviations of inflation from the target. It really is not the main actor here. All the other things we’ve talked about affect the supply capacity of the economy, and that is really the story throughout the report.

As for Carney, his reasoning for why the Bank of England are a ‘side show‘ on Brexit stems from the ‘Great Financial Crisis‘ in 2008. During the press conference he told a throng of journalists that ten years ago the global economy sustained a ‘demand shock‘ – meaning goods and services were still able to flow across continents but the ability for people to pay for them had been compromised. This became known as the ‘credit crunch‘.

In such a scenario, and to quote Mark Carney himself:

Monetary policy can be calibrated to adjust demand and bring inflation to target and support the economy.

In response to this ‘demand shock‘, then governor of the bank Mervyn King presided over a period of unprecedented monetary easing. Interest rates were reduced to 0.5% by March 2009 (six months previous they were 4.5%), and the bank began a programme called quantitative easing which was used to purchase government bonds and recapitalise financial markets with newly created money. The amount of QE pumped into the system now stands at £435 billion.

These supposed attempts at ‘calibrating’ monetary policy to bring inflation back to the target of 2% saw inflation rise to a high of 5.1% in September 2011. For a four year period lasting from December 2009 to November 2013, inflation remained above the 2% remit. The Bank of England’s response was to keep interest rates at record lows and maintain quantitative easing measures, in spite of the persistant overshoot of inflation.

In the withdrawal scenarios document, it states that the Bank of England’s 2% target ‘applies at all times.’ Some deviation is accepted but will only be tolerated for a limited period of time. The BOE’s first rate hike in a decade in November 2017 proved this to be so. However, this was not the case when for four years inflation was over 2%. Four years can hardly be classified as a limited time frame. To say that the target is applicable at all times is highly disingenuous given recent history.

Move forward to 2018, and the language emanating from the bank is decidedly different. Mark Carney’s position is that a ‘disorderly‘ Brexit would predominately result in a negative ‘supply shock‘, in that trade restrictions, increased tariffs and regulatory barriers would have implications for consumer demand. In the simplest terms, what Carney means is that whilst people may not initially struggle to pay for goods and services, the goods and services in question may be in shorter supply because of restricted supply chains.

Economically, this would mean demand outstripping supply and the price of goods rising along with the rate of inflation. Compounding this outcome would be a sustained drop in the value of sterling. We’ve been here before in 2016. The fall in the pound following the referendum was held up by the BOE as being the sole cause for inflation rising to 3% by the end of 2017.

For the last few months, the bank have been telegraphing that under the worst case scenario, they would raise interest rates. Responding to questions from the media last week that they could do the opposite, Carney said this:

The scenarios for a ‘disorderly‘ no deal Brexit outlined by the bank include inflation peaking at 6.6% from the current 2.4%, sterling falling as much as 25% and threatening parity with the dollar, and GDP declining by 10% over a five year period. To quote the bank:

In line with our remit, the Monetary Policy Committee (MPC) does what is necessary to achieve the inflation target.

By this they mean raising interest rates to 5.5%, a level not seen since December 2007. If realised, this would on average mean rates rising over 1% a year from the current level of 0.75% until the year 2023 when growth is presumed to return to the UK economy.

According to surveys referenced by the bank, less than half of businesses and less than a fifth of small businesses have contingency plans in place for a no deal withdrawal.

By the bank’s logic, the backlash from a no deal would fall mostly on businesses and consumers. But what about the financial system itself? According to Mark Carney, banks would have capital ratios ‘three times higher than in 2008 and the liquidity to withstand market disruption.’ We are also told that banks today hold over £1 trillion in ‘high quality liquid assets‘, and have access to an additional £300 billion in loans through the Bank of England.

To quote Carney once more:

The core of the financial system is ready for all Brexit scenarios.

It is evident through the bank’s own commentary that they do not intend to backstop the fallout from a no deal Brexit. Mark Carney would tell you that because of the bank’s 2% inflation remit, as bestowed by the UK Government, they would have no alternative but to raise interest rates to combat rising inflation. Hence why he and Ben Broadbent insist that the Bank of England are a ‘side show‘ and ‘really not the main actor here.’ Instead, they want attention to be focused on the prevailing economic conditions stemming from ‘the consequences of Brexit‘, which are adjudged to be political and outside the bank’s control.

As much as they and fellow members of the Monetary Policy Committee are seeking to define a renewed economic downturn on primarily a reduction in supply (and not demand as in 2008), the fact remains that you either have a consistent remit for inflation or you do not. From 2008 onwards, the bank reneged on their 2% target, tolerating inflation over 3% higher than this level. They and fellow central banks continued to reinforce financial markets and allow the debt bubble to keep growing.

What the Bank of England did was take custody of the UK economy through record low interest rates and quantitative easing, as did the Federal Reserve in the United States.  Rates at near 0% drove investors and consumers alike back into the debt market, whether it be through share buybacks by corporations (funded through borrowed money) or people taking on more debt exposure through loans, mortgages and credit cards. The ‘credit bubble‘ from a decade ago has only grown larger and more unstable since then.

Without substantial upheaval on a geopolitical level that would provide the Bank of England with the justification for reversing a decade of monetary accommodation, it is not clear how the bank could ever have begun tightening policy again without being held directly culpable for the inevitable downturn that would follow.

The beauty of Brexit, from the BOE’s perspective, is that the economic ramifications from it lock in precisely with the conditions required by the bank to go forward with raising interest rates.

To emphasise, let’s briefly expand on some of the aspects featured in the withdrawal report:

1. The report focuses on the time period 2019 to 2023, and concentrates on two potential outcomes – leave with a transition agreement in place, or leave with no deal and no transition. The BOE omitted the scenario of Britain remaining in the European Union (perhaps because the concept of staying in the bloc is a red herring designed to rally support behind a second referendum, from which no deal could be consented to by a majority).

2. The transition exit has two parts – a close scenario and a less close scenario. Whichever occurred, the bank envisages interest rates as ‘gently rising‘, with uncertainty tailing off as the transition developed. They see a 5% increase in sterling in the first quarter of 2019 if the relationship is close, and a 2% rise if it is less so. The five year period from 2019 to 2023 sees inflation below 2.5%.

Clearly this is a scenario in which the bank would at best continue with their current pace of raising interest rates. It would not give them the scope to raise faster and more aggressively, not without a deterioration in global financial conditions that weighed on inflation.

3. The no deal, no transition scenario also comes in two parts – a ‘disruptive exit‘ or a ‘disorderly exit‘. The disruptive scenario excludes some of the ramifications the bank envisages from a disorderly outcome, concerning trade and financial conditions. If disruptive, interest rates rise to 1.8% over a five year period, but rates on household and personal loans rise by further 1.5%. Sterling falls by 15% with inflation rising to over 4%. GDP falls by 3%. A disorderly exit is much more severe. An immediate reduction in supply would be compounded by a drop in the pound of 25%, inflation moving beyond 6% and rates rising to 5.5% (an additional 2.5% for household and personal loans). Growth drops by 8%.

Whether ‘disruptive‘ or ‘disorderly‘, the Bank of England would have an opening to not only continue to tighten monetary policy, but at a quicker pace than they are presently doing.

Towards the end of the report, the bank talks about ‘extending the horizon over which it returns inflation to target‘, which in plain English refers to their level of tolerance for allowing inflation to remain above or below 2%. Here’s the crux, however:

Given the starting position, this flexibility would only become relevant if the shock to demand is greater than that to supply.

The ‘starting position‘ is one of inflation already above the bank’s remit. In other words, the effects of a no deal, no transition exit would have to be dis-inflationary rather than inflationary.

As I have repeatedly argued, there are no circumstances in which the immediate fallout from a no deal scenario could be anything other than inflationary, given the drop in sterling, restricted supply chains and the subsequent rise in inflation.

Should this report be considered as advanced warning of what is to follow? Unless directives from the Bank for International Settlements and the IMF suddenly switch gear in favour of accommodating financial markets once again (something which I do not see happening), then what many consider as ‘project fear 2.0‘ from the Bank of England may very soon become official policy.