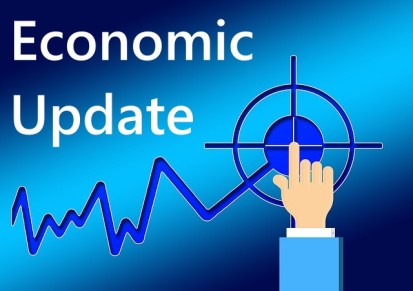 Retail sales within the Euro Area for October have produced a slew of negative numbers. On several occasions this year multiple nations have simultaneously contracted, but so far 15 out of the bloc’s 28 countries were in the red (the Euro Area itself reported a -1.1% fall in sales). Germany, France, Belgium, Spain, Portugal and Ireland were among those affected. Figures for November and December will provide clearer insight into whether the scale of this downturn develops into a trend.

This past Sunday the Bank for International Settlements (BIS) released their final quarterly review for 2017. Of particular note is a section called, ‘A Paradoxical Tightening‘, where the bank openly raise the prospect of the next economic crisis manifesting sooner than people realise.

After giving an overview of how central banks have been tightening monetary policy over the past year, they comment on how investors ‘essentially shrugged off these moves‘ and continued with apace to buy into the stock market and keep the post Trump victory bull run going (as of writing, the Dow Jones is on over 24,000 points). They then move on to talk about how the actions of central banks have followed the model of ‘gradualism‘:

Gradualism and predictability have characterised the current tightening cycle, with respect to both the policy rate and balance sheet adjustment. Gradualism also defined the programme announced in June for the balance sheet run-off. In addition to being perceived as gradual, policy decisions in the current cycle were well anticipated. The balance sheet policy was also carefully and extensively communicated.

Gradualism is a leading component of globalist doctrine. There is evidence of this throughout history – from the creation of the Federal Reserve in 1913 to the birth of the BIS in 1930 and the International Monetary Fund in 1944. In seeking to achieve a greater level of centralisation, globalists prefer to take their time.

I would contend that the Fed’s actions have been delivered with an orchestrated clarity and utmost attention to detail, in order to keep the majority invested in the markets until the time comes when the bank’s programme of raising rates and trimming their balance sheet begins to impact on equity prices. When a downturn occurs, events that coincide on a geopolitical level will most likely serve as an adequate distraction from their behaviour.

Where the review gets particularly interesting is when the bank discusses how ‘gradualism and predictability may have contributed to the easing of financial conditions’. Beneath the sub-heading, ‘High Valuations: market complacency?’, they write:

In more simplistic terms, what the bank are citing here is the danger of rising inflation in bond yields amidst the central bank policy of ‘normalisation‘.

The BIS then share concerns about the dividends per share of U.S. equities, and how since the ‘Great Financial Crisis‘ they have been growing exponentially. This has given rise to ‘questions about long-term sustainability‘ and how ‘the upward potential for dividend growth may be limited.’

The reason for why this might originate rests with this passage:

High dividends per share were also supported by stock repurchases. Except for a short interlude in 2008-09, share repurchases have been very large since the early 2000s (bottom left-hand panel). When and if interest rates begin to rise, corporates may have the incentive to tilt their capital structure back to equity, or at least to reduce stock repurchases, which could raise further questions about stock market valuations.

Stock buybacks have been the major cause for the elevated equity prices that we see today. Companies buying up their own stock with borrowed money when rates were practically at 0% was seen as a win-win situation. Now that rates are consistently on the rise, that practice will no longer be as prevalent. The fact that the BIS have been so open about this, and have used the probable deterioration of buybacks to question current market valuations suggests a downturn could be imminent.

The BIS’s conclusion is that bond investors ‘remain sanguine‘, a fact that ‘may leave investors ill-positioned to face unexpected increases in bond yields‘. They are not the only ones. Global media outlets continue to push the narrative of an economic rebound since 2008 (rising growth, shrinking unemployment etc). Apparently, this is the bull run without end. First it was a race to Dow 20,000. Now it’s to Dow 30,000.  Deeper inquisition into why equity prices are so high in the first place has not been forthcoming. This will ultimately be to the detriment of not just investors, but people who are already finding life hard enough to afford. And that’s before they even factor in the emergence of a new economic decline.

Alt-Market: Why The Globalists Need A War, And Soon

Guardian: UK car sales fall for eighth month in a row, with diesel down 30%