Why the Preservation of Copper is No Reason to Become Complacent 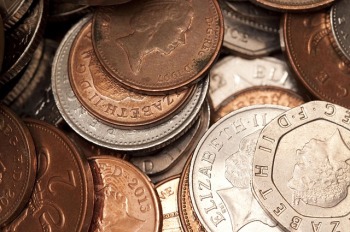 Back in March 2018 the treasury issued a call for evidence on cash and digital payments in the UK, in which doubts were raised over the future of Britain’s lowest forms of denominations, namely the 2p and 1p coins.

Commenting on the current batch of copper coins in circulation, the treasury said:

From an economic perspective, having large numbers of denominations that are not in demand, saved by the public, or in long term storage at cash processors rather than used in circulation does not contribute to an efficient or cost effective cash cycle.

This prompted a negative reaction in sections of the media that the treasury might be seeking to abolish the use of copper. Little more was said on the matter until the beginning of May 2019, when the government announced that ‘cash was here to stay‘ and that they would ‘commit to protecting access‘. This meant that there would be no change to the current mix of coins and notes used throughout Britain. Everything from the £50 note to the 1p piece would remain as they were. Cash, the government would have us believe, was safe.

A sentence not widely picked up on in the announcement was how the preservation of cash (in the near term at least) would ‘complement work to support digital payment methods which continue to revolutionise and expand the ways people manage their money.’

To explore more the correlation between cash usage and the rise of digital payments, it is worthwhile to reference a speech made last month at the Currency Conference in Dubai by the Chief Cashier at the Bank of England, Sarah John. Titled, ‘Less-Cash, but not cashless‘, John elaborated on how money is used in the UK and how frequently.

In 2007, 61% of transactions in the UK were made in cash. A decade on, the figure had fallen to 34%. 2017 was the year when debit card payments overtook cash for the first time. But cash payments still amounted to 13 billion in total.

John put the decline in cash usage down to a mix of technological developments and changing consumer habits. Despite the downward trend of cash, however, a survey undertaken by the Bank of England indicated that six out of ten people opted for cash as one of two preferred payment methods. And even though digital options continue to grow, nine out of ten still carry cash on them.

Then there were the revelations that over a million people in the UK do not have a bank account, and that over two million (4% of the population) depend mostly on cash for day to day spending.

On the face of it, the BOE have declared themselves as ‘neutral‘ when it comes to payment methods. In other words, they are not driving the rise of Fintech but rather are responding to the rise of alternative forms of money. We are led to believe by John that the bank’s primary objective in this arena is to ‘maintain confidence in the pound‘, and not to show preference for how consumers choose to pay for goods and services. This is disingenuous to put it mildly.

In the same speech, John confirms that the BOE are engaged in an ‘active research programme‘ for the future issuance of central bank digital currencies. Whilst there is apparently no immediate plan for the bank to digitise physical money, the bank are ‘working closely with other central banks to understand the potential benefits and risks of allowing society to make payments and store value in CBDC’s‘.

For now, cash would remain a ‘critical‘ part of the UK’s payment infrastructure ‘for some time to come‘. But as John spelled out, with cash usage on the wane, the UK was now ‘clearly bridging to a new world‘. And to ensure that this ‘new world‘ continued to give the public the choice of how they wish to make payments, preparation ‘must begin now‘ on implementing a new cash distribution model that is equipped to cope with declining volumes of cash.

By their own actions, the BOE (shouldered by the International Monetary Fund and the Bank for International Settlements) stand at the apex of transitioning from the physical to the digital.

Digitising assets and locking citizens into a cashless society is part of what globalists refer to as the ‘Fourth Industrial Revolution‘. Last year I published a three part series on this subject that looked into how, from a UK perspective, the Bank of England is at the forefront of this ‘revolution‘. According to governor Mark Carney, the infrastructure underpinning the current financial system ‘must be overhauled‘ amidst a ‘rebalancing of the global order.’

The Fourth Industrial Revolution narrative began to gain traction at the beginning of 2016 at the World Economic Forum in Davos. The founder and executive chairman of the WEF, Klaus Schwab, described it as a ‘digital revolution‘, one that embodies the ‘the physical, digital and biological spheres.’ Money is one strand of what is an all encompassing agenda for the full centralisation of power, and for the control of resources to be managed by global institutions.

As the BOE and their counterparts gradually move towards the introduction of CBDC’s, the suggestion that Fintech represents the organic evolution of money and has not been pre-determined loses credibility.

Sarah John’s speech in Dubai was preceded by the publication in April 2019 of the final ‘Access to Cash‘ review. Chaired by Natalie Ceeney, the former head of customer standards at HSBC, the review was tasked with investigating how cash could be preserved in the UK in an environment where the use of notes and coins is in decline.

The 130 page review makes the point that right now, the UK is not in a position to go cashless without causing severe distress to millions of people who depend on cash to live and make payments. At the same time, though, there is an inevitability in the text that the time will eventually come when society is wholly digitised and the demise of physical money results in cash no longer being viable. Ceeney herself remarks that safeguarding cash over the next ten to fifteen years is ultimately about ‘including everyone in our future digital economy‘.

The report’s conclusion that cash must be preserved for those who depend on it is more a commitment to preserve it until the time comes when digital technology has advanced and becomes accessible to more people.

Something else to consider is how some small businesses in the UK have stopped accepting cash as payment, something which they are legally within their rights to do. This, according to the review, is more likely to ‘drive the death of cash than issues around cash access.’

Sustaining Britain’s cash infrastructure is estimated to cost £5 billion a year, and is where the review concentrates the bulk of its efforts. The thesis is that as cash volumes in the UK fall, the cash system will become less resilient and require substantial reform given that it was originally designed for much higher volumes of money.

From my perspective, some of the most troubling passages in this review are contained within its recommendations. As it stands, there is no statutory guarantee in the UK for consumers being able to access cash, make deposits or utilise banking services. There is no government policy on the importance of cash within society. And there is no legislation that compels businesses to accept cash.

The review stresses that an official government policy is required now, and must address the questions and concerns raised:

As cash use reduces, new issues will arise. They could include the resilience of cash, the requirement for stronger resilience of digital payments infrastructures, the potential privatisation of money in the UK, and the consumer detriment which comes with exclusion and rising prices. We need to be on top of this and not wait for a crisis.

The subject of globalists using crisis scenarios as an opportunity to advance their agenda is one I have covered extensively in previous posts. Where cash is concerned, I would contend that should a crisis impact the UK’s cash infrastructure over the next few years, it would damage – perhaps irreparably – the future use of cash in UK society.

To quote from the review, ‘once infrastructure has gone, or communities have been harmed, rebuilding is very hard‘. In the case of cash, it would not be about rebuilding what was once there. It would be about using a collapse of infrastructure as an excuse to overhaul Britain’s financial system to enable the full digitisation of money.

A real worry is the timeline put forward by the review for reforming the infrastructure. They conclude that it would take much of 2019 to ‘develop and agree reforms of the wholesale cash infrastructure‘, and that the earliest a new model could be implemented is by the end of 2020.

It will not have escaped those who take an interest in UK politics that the political system is in a state of paralysis due to Britain’s protracted separation from the EU. Legislation unrelated to Brexit is, according to those within Westminster, in a ‘logjam‘. The more disorderly the Brexit process becomes, the less chance there is of guaranteeing access to cash within the time frame specified.

As the review mentions, ‘redesigning regulatory functions or creating new regulators takes time‘. My fear is that this is time that cash does not have, especially if a currency crisis triggered by the UK leaving the EU with no withdrawal agreement materialises and leads to difficulty in people being able to access cash as readily as they can now.

I believe that the BOE’s non-committal language on preserving cash as a future payment method betrays their true intention of overseeing its gradual abolition. Their response to the Access to Cash review does not inspire confidence. The bank will support cash ‘for those who want to use it‘, and will ‘address, as far as possible, the concerns identified in the review.’

As for the government, they too have said they are committed to safeguarding access to cash ‘for those who need it‘ by establishing the Joint Authorities Cash Strategy Group (JACS), to be chaired by the Treasury and working in collaboration with regulators and the Bank of England.

The Access to Cash panel will meet again in the autumn to analyse progress made since publication of the final review. It seems unlikely that over the next four months plans will have been agreed to guarantee access to cash through a newly devised wholesale cash infrastructure.

To understand further why progress towards maintaining cash in the UK looks grim, my next article will be looking at the role of the UK Post Office network in helping to maintain UK consumer access to physical money.