Whether your perception of David Icke has been directed through the media or by reading his books, what follows likely won’t influence any pre-conceived bias you may hold.

Part one lasted three hours, covering the ‘world of the seen’ and events currently playing out in the world such as Donald Trump’s presidency.

Part two – two hours – focused on our limitations in perceiving life purely through the five senses. An argument underlined by the fact that human intake of visible light represents a mere 0.05% of the electromagnetic spectrum. In other words, over 99% of all possibility within the universe cannot be conceived by the naked eye.

Part three – a total of three hours – concentrated on David’s theory that beyond the frequency band in which we decode ‘life’ there exists archontic and extra terrestrial entities that through Saturn and the Moon are broadcasting a simulation to Earth which our brain’s then decode as ‘reality’.

Part four began at 8.30pm, but due to travel constraints I left the venue an hour in to make the train home. The sixty minutes I watched was dedicated to David communicating how as humans we are not identified through our jobs, our income brackets, our religion, our political beliefs or our skin colour. We are instead ‘infinite awareness having an experience as us’, and if the human race ever came to realise this it would spell the end of the establishment hierarchical structure to which we are currently bound by.

On its own this brief summary cannot begin to explain David’s body of work. For that you would need to invest the time in reading his books and educating yourself on the extensive research that underpins his theories, rather than allowing sections of the media to shape your perception of the man for you. 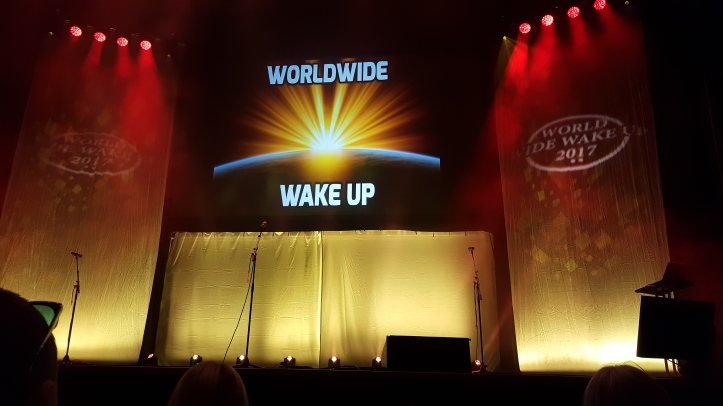 I decided before the event started not to write a review of it, and have opted instead to pick up on points made during the day that touched upon my own work through this blog. What follows is an unbiased and impartial look at some aspects to the show which I believe should be questioned in the effort to further my own understanding of David’s perspective.

I will concentrate mostly on two topics, they being ‘The Demonisation of Russia’ and Economics.

1) The Demonisation of Russia

David regularly utilizes memes on his website to convey a viewpoint on a subject or to inject some light humour into the discussion. One topic he focuses on extensively is the public display of animosity between the United States and Russia.

David’s position has been clear on this. The West is demonising Russia for, amongst other things, their involvement in the conflict in Syria and the alleged hacking of the Democratic National Committee in the run up to the US Presidential election. Why are they doing this? To create the conditions necessary for a future war between the nations – a third world war pitting the West against the East.

David classifies the West as the culprit here, and said that American plans in Syria were ‘on track before Putin came along.’ According to David, Vladimir Putin is a far more intelligent leader than his Western counterparts. This might be so – certainly if you watch interviews of him online he has a rich vocabulary and speaks of world events with greater clarity and openness than a Barack Obama or a Theresa May.

Whilst David identifies the West and NATO as the real aggressors in this American / Russian dynamic, I take a more objective view. Judging by mainstream media coverage alone, there is a clear stance of opposition against Russia, with all manner of negligible stories being used to further paint them as a force for evil in the world. The build up of NATO troops amassing closer to the Russian border also appears to discredit the idea that it is Russia acting as the aggressive party. All arguments that David makes in his books and also his weekly videocasts.

In part one, David spoke about Russia whilst presenting evidence that a ‘hidden hand’ working through secret societies, institutions like the Council on Foreign Relations, NGO’s and then down to government, controls both sides of a conflict in order to determine the outcome in the context of the overall agenda – which is to create a world government, a cashless currency, a world central bank and a world army.

This perspective is one I concur with, having read not just David’s work but also that of Antony Sutton and Brandon Smith.

Where I feel there is an inconsistency in David’s view stems from his stance on Russia’s presence in Syria. He says that due to their campaign of bombing what the mainstream media describe as ‘moderate rebels’ – code for ISIS and Al Nusra Front etc – it has destabilised American efforts to oust President Assad, which the US have used as an excuse to raise the spectre of a war with Russia.

If that were true, then it presents two intriguing questions:

What we have here is a scenario where if David is to be believed, Russia is resisting the rise of a New World Order and are instead countering such efforts from the West. That’s my interpretation at least.

It should be noted that in one of David’s earlier books, ‘And the Truth Shall Set You Free’ – published in 1995 – he wrote about what is called the Hegelian Dialectic, the origins of which were borne out of nineteenth century Germany. He presented it in much the same way that Antony Sutton did in his own books many years before – a thesis played against an antithesis leads to a synthesis.

Today, David often explains world events through an adapted model called, ‘Problem – Reaction – Solution’. Create a problem e.g. September 11th, provoke the desired reaction of something must be done to protect the nation and punish those deemed responsible, then implement the solution of a conflict in the middle east (the War on Terror) and the Patriot Act.

Twenty two years ago David’s perspective was that conflict between two apposing sides is a managed conflict working towards the ultimate goal of a world government and complete global centralisation of power.

This begs the question – is what we are seeing in Syria breaking with that model? I don’t believe so. Based on the evidence I have researched, Syria is a conduit enabling the US and Russia to come together on the same ground to advance a false East / West paradigm that could eventually lead to either militarised or economic warfare. 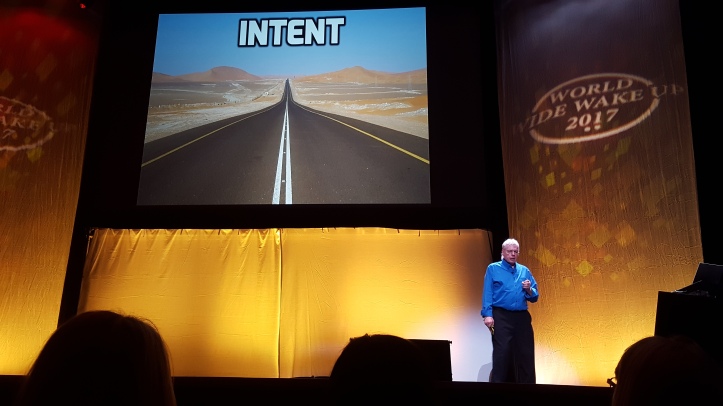 I refer readers to four separate sources of information supporting the theory of false political paradigms, and which also examine the Hegelian Dialectic process in both the 20th and 21st century:

All facts that David did not acknowledge on Saturday.

David persistently encourages us not to base our perceptions on purely ‘the world of the seen’. I agree. Behind the rhetoric of allegations of Russian hacking, the downing of a Russian jet in Syria at the hands of Turkey, the expulsion of Russian diplomats in the US, and the shooting of Andrei Karlov, Russian ambassador to Turkey, lies some simple truths that I believe are at variants with many people’s perceptions of what is going on between America and Russia.

Later on in the evening, when David spoke about transhumanism and the growing militarised police state steadily coming to fruition, he showed an image on the screen of robotic security forces in the foreground and the Kremlin burning to the ground in the background. Depicted through the eyes of Hollywood this could easily have been construed as predictive programming. In David’s case, I think it represented one person’s perspective on where he thinks the world is being directed to go. I have no evidence to suggest otherwise.

Whatever the motivation, the image played to what I think is a false paradigm of East vs West. Should David produce evidence that is contrary to information I have discovered elsewhere, I will be more than happy to read and consider his findings. 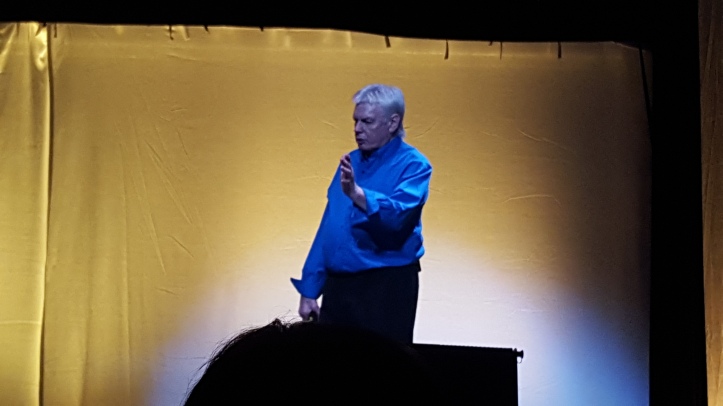 During the presentation David spent a short time discussing the creation of money which led to a brief mention of the Bank for International Settlements (BIS). He correctly stated that this is ‘the central bank for central banks’ and that it is responsible for governing economic policy which is then fed through each individual country’s central bank. It co-ordinates actions and is a lynch pin for disseminating information to members.

This is as far as David went when talking about the bank. Regular readers of this blog will know my perspective on the BIS and how I believe they played a key role in the outcome of the Brexit vote in the UK and Donald Trump’s election victory in America. Part of me had hoped that David would pick up on the timing of the BIS gathering together before the EU referendum, and again on the day of the US election. Whether he was aware of these meetings I have no idea. But I would be interested to gain his perspective, if only because his position on Brexit was that the establishment were not expecting a leave vote and they were genuinely surprised by the outcome. His stance has been similar on Donald Trump – he declared his victory as the ‘primal scream’ of American’s tired of the old political guard. ‘Listen to Us’ was the overarching message according to David.

I disagree, but again would be happy to listen to alternative theories besides my own.

Overall, I found David to be very engaging and was most impressed by his ability to nit information together to build an ever expanding picture (‘Connecting the dots’ as David calls it). He displayed a relentless amount of energy without the support of any notes or teleprompters. The knowledge he has amassed over the past 27 years was evident to the almost 3,000 in attendance.

The tour moves on next to Ireland and then takes David abroad once more. I would recommend going to watch him because no matter where you are up to in your own research, David is someone who you will undoubtedly learn something from.

To finish, here are some further pictures of David giving the presentation.

Thank you for reading. 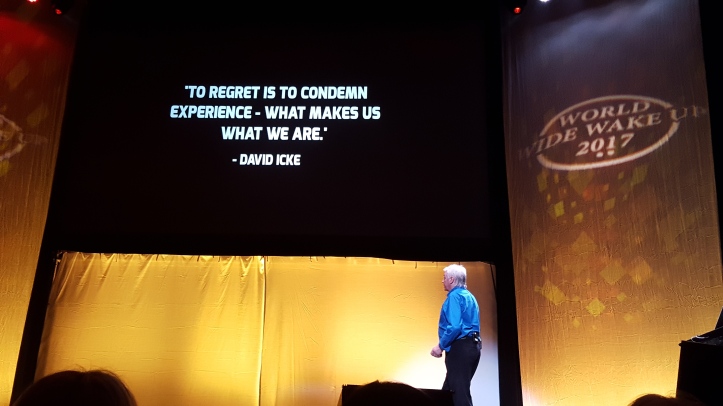 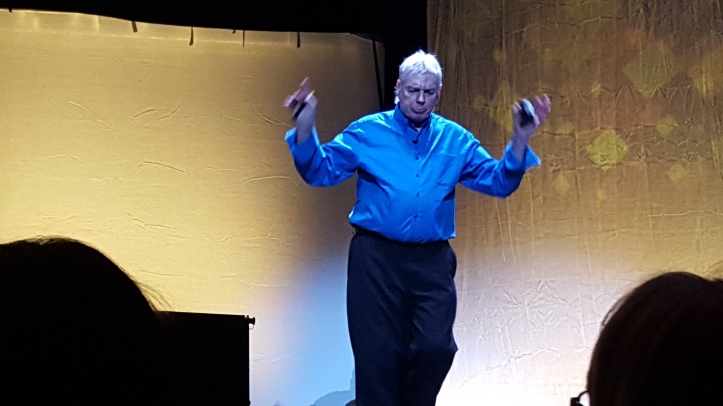 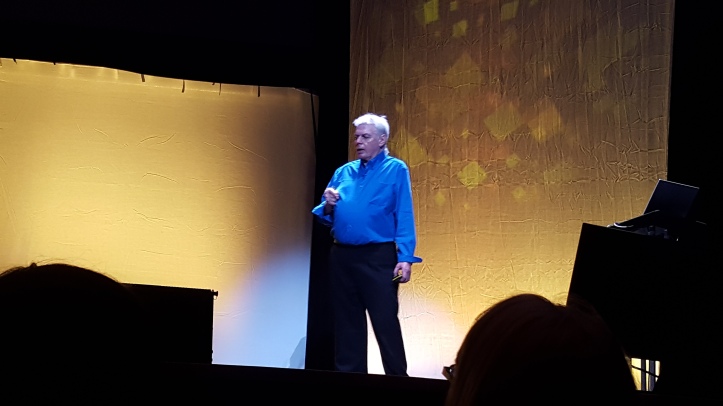